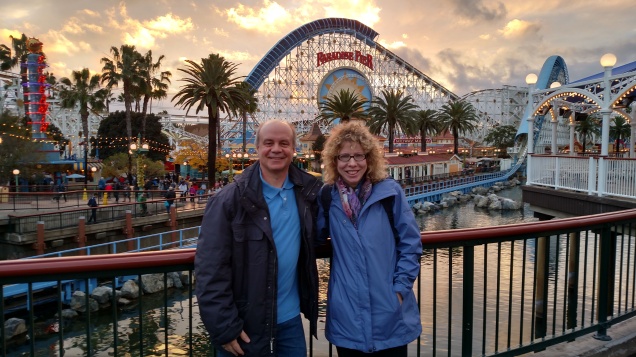 I decided to write this blog about becoming a widower. I married my adorable friend and loving partner, Sally, with the idea we would grow old together. I always thought that if anything were to happen, it would be to me. I was obviously wrong. As I write this down, it’s been close to 9 months since the love of my life left this Earth.

Since that event, I sold my beautiful home in Idaho where my wife loved to live and left the area to be with family in California. It was a large home that overlooked the water. We both worked very hard to get into a place like that and just as difficult to maintain. The home made her happy, so I didn’t mind. But, I was starting to get to itch to leave as the long winters were getting to me, which led to occasional feelings of isolation.

But, I could have never imagined the pain of losing that one I planned to spend the rest of my life with. The feelings of isolation prior to her sickness don’t even compare to those feelings now. In this blog, I will write about this journey that I believe one can never prepare to take.

Receiving and processing the news in late 2016 was life’s absolute “blindside.” My beautiful wife, Sally, had to change her life. Her job had to be suspended and I became a “caregiver.” The hope if at least containing cancer after short and intense treatments was shattered when it had unexpectedly spread.

Since that agonizing day in May of 2017 when she passed, I have done things “out of the box,” including travel, gone to singles groups hoping to get insight from others sharing a similar experience, attended support groups for widows and widowers and even talking to mediums. I fell that if I’m going to tell the story, I should tell the entire sequence. My weight dropped 35 pounds from this experience, but at least some people tell me that I look good.

The purpose of this blog is not to depress or to gain sympathetic responses, but perhaps to use this to somehow lessen the pain and show others that you’re not alone.

2 thoughts on “Why I’m Writing This”